Back to all submissions

The core concept behind this game is to make an extremely simple game. Impulse is a multiplayer top-down arena shooter game where your only method of input is a single joystick. Tilting the joystick in any direction causes you to fire in that direction, while simultaneously pushing you in the opposite direction. The current iteration is meant to be played on a controller (keyboard input is actually nonfunctional), with both players sharing a single controller.

The ultimate goal of the game is to be published on Android, and allow for two people to play a game on a single device. mockup.png in the image gallery shows an example of what a game would look like. The current iteration only works on a controller due to time constraints. We prioritized having a polished game over getting it to work well on mobile. 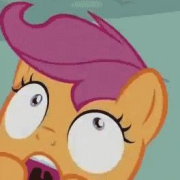 Comments for this submission are closed. View the software in Keratay's portfolio to continue the conversation.